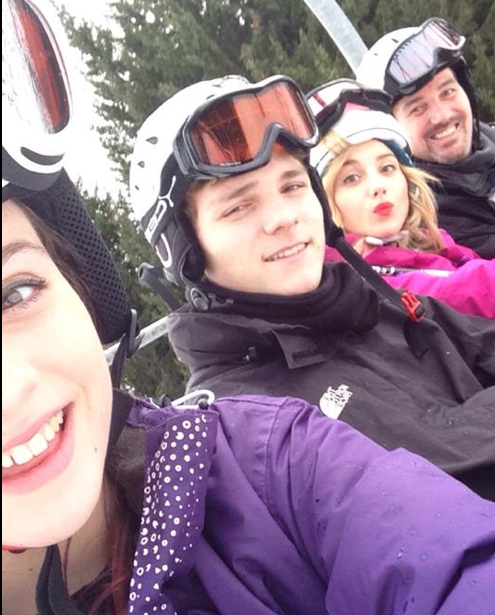 As you know, this blog is all about those things (and people) that help make you look and feel as fabulous as you can – while having fun at the same time. That’s why I’m kicking off my first blog of 2014 with a post about my feel-good Christmas family holiday…

We (meaning moi, Stressed Husband, Movie Queen Teen, My Boy and Teen Angel) went skiing for the week over Christmas to the beautiful Chalet Almandine in the French Alps. The scenery was picturesque and magical; the perfect backdrop to the quintessential White Christmas. All it lacked was a Bing Crosby soundtrack, which we made up for by playing Michael Buble’s Christmas CD 24/7.

I whizzed down the the black runs with ease and styled it out in designer ski gear, enjoying the Apres ski like a pure natural…Okay, okay, that was in my dreams. It didn’t actually happen like that. In real life, I flew down the nursery slopes like an uncoordinated loon and took out out a chipmunk statue at the kindergarten while wearing my TK Maxx specials and made the instructor, Jean Luc shake his head in disbelief at my inadequacy. It was of little comfort that I provided entertainment for my three teens and husband who laughed at me until their sides split. Thanks guys! Their attempts to teach me (along with Jean Luc’s) were very soon abandoned as they realised I wasn’t going to improve beyond a gentle snow plough on the nursery run and so they sat me in a quaint little cafe with my Kindle and hot wine – I wasn’t complaining – while they progressed to off piste and showed off. 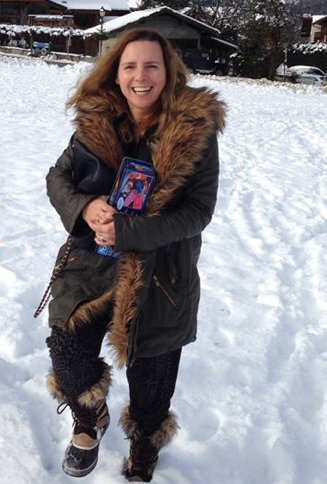 safer off the skis!

Apart from the fun and frolics on the slopes, the holiday was also memorable for the mouthwatering food – well, who doesn’t like fondue and vin chaud on tap? Wine! Cheese! My favourites. Though it has to be said, what made it even more special, was having all of my kids together. At their ages, I’m lucky to bump into the two eldest in the kitchen for 5 minutes as they’re getting in from clubbing while I’m ready for the morning dog walk.

All those months throughout the year where I’ve despaired, screaming and shouting at them for coming in late, having messy rooms, bad grades, breaking glasses and leaving towels/underwear/books/makeup strewn across the landing, were gently quietened as I watched them discuss with new friends around the dinner table, subjects such as Cuban socialism, film-making techniques and the London theatre scene. And as they spoke excitedly with vibrant, young life flashing in their eyes, me and Stressed Husband looked at each other across the table and smiled. Those worries we had – the ones every parent has – about not having been strict enough, pushy enough, tough enough – began to vanish. Have we done enough? I think so. I actually think we’ve done okay.

So, as I pack away the snow boots and Christmas decorations to make way for an exciting new year, I know I’ll look back on the memories of this holiday and remember it as ‘The One Where I Realised my Kids are Growing Up Just Fine.’

Happy New Year to all my readers and your lovely families – may it be filled with GLOWOLOGY!

You may also enjoy:

I'm Lisa Barrett, 53 former beauty editor of Cosmo and Woman's Own and currently a copywriter and content creator for beauty and wellbeing brands. I'm navigating midlife with a smile on my face and hope in my heart because it's not all downhill from here - ladies, we're just beginning! Follow me for positive midlife inspiration and fast, fab beauty and health fixes. It's our time to shine ✨