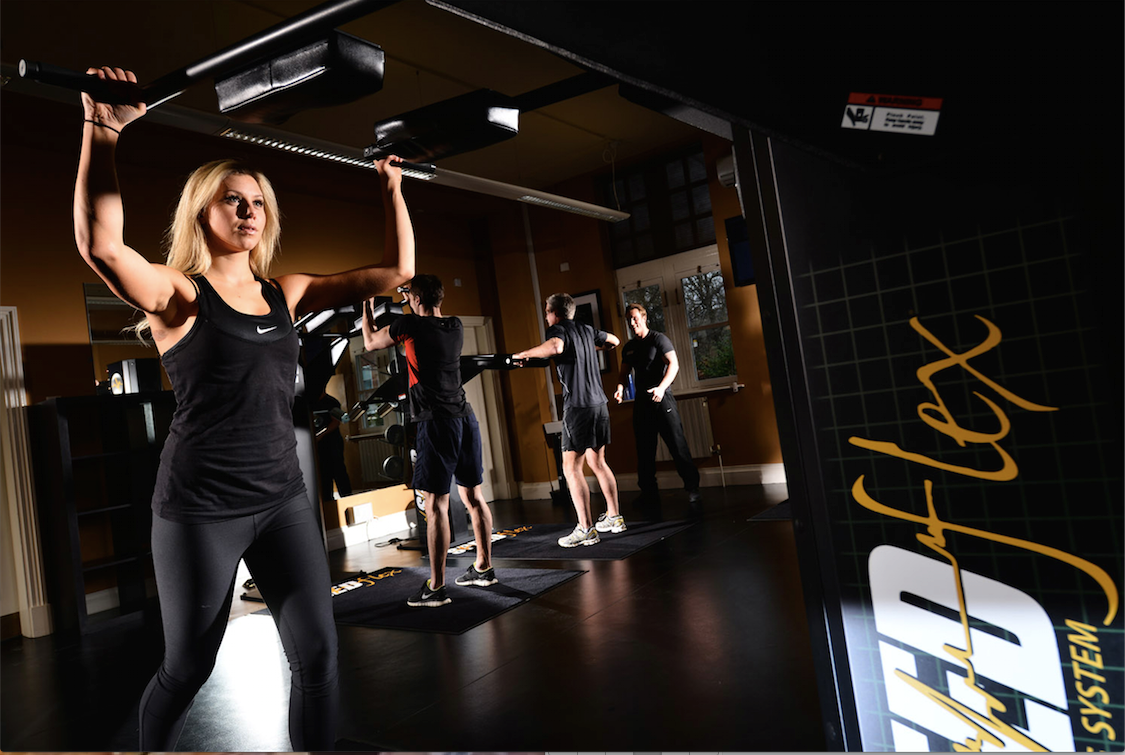 I’m fortunate that as a beauty and wellbeing journalist, I’m often asked by PRs to try a variety of products, treatments or classes that might be suitable for review in one of the publications I write for – or also on my blog. And with Glowology beginning to pick up the pace and get noticed in the industry thanks to my lovely followers and readers – that’s you! 🙂 – I can report back on the things that I’ve enjoyed and that I think you – as 40+ gorgeous, glam women (and men) – would be interested in knowing about. So, last month I was asked to try out a revolutionary new fitness class, Speedflex 30 and here’s my take on it…

Disembarking at Bank Underground Station at lunch time felt a bit like walking onto the set of Wolf of Wall Street. I felt decidedly under dressed in my Sweaty Betty day glo vest and sporty capri pants and hoped the SpeedFlex HQ wouldn’t be too far away. With the smartly dressed throng around me and with my rather ample thighs and tummy not quite under control in all that lycra, I felt as if I was doing the walk of shame! So, sunglasses on, I power walked the 5 minutes to the gym to give myself an air of confidence.

I soon realised that this was a gym like no other I’d visited before – there were no free weights, Stairmasters, rowing machines or bicycles but simply 2 spacious studios each housing seven black, rather stylish machines which looked totally unfamiliar and fairly space-agey. I found myself humming the theme to Star Wars as friendly fitness instructor, Hayley got me set up with a strap on heart monitor which would display my heart rate on a studio screen in order to check my progress during the workout. I was intrigued!

After a comprehensive consultation and a demonstration of the machines, the class began to fill up with such a wide variety of types I felt I could almost have been standing in a supermarket queue rather than a trendy studio in the heart of London. My surprised expression, prompted Hayley to explain that because the machines are hydrolic – meaning they respond to the force of the user as opposed to the addition of weights – the system allows for a professional athlete to train alongside a pensioner and there is no risk of injury. Ahh, that explains it! And the major benefit of these machines means there is no damage to muscles and little to no soreness after workouts. That’s a major plus for me as I’m often known to be limping around moaning about aches and pains for days (weeks) after a hard fitness class.

I enjoyed the atmosphere of the small group class – especially as we were all so different in shape, size and age that there was a feeling of friendliness and encouragement rather than competition. The athletic fitties haven’t been overlooked at Speedflex though as I noticed a beefcake competition in full force in another studio…well, it was hard not to look!

My thirty minute class consisted of circuits using each machine for a duration of 20 seconds with a buzzer indicating when to change. I huffed and puffed my way around, pulling and pressing, squatting and stretching against my own resistance, realising I could work as hard or as little as I wanted depending on the effort I put in – the machine matched my resistance. Moves such as arm lifts with kettle balls and crunches were interspersed between machines to ensure a full body workout. There was a point when I looked up at the class screen only to see my heart rate was blank – I knew I’d been working hard but I didn’t feel like I was a gonner quite yet, so I was relieved when I realised my monitor had simply unhinged itself! Phew… 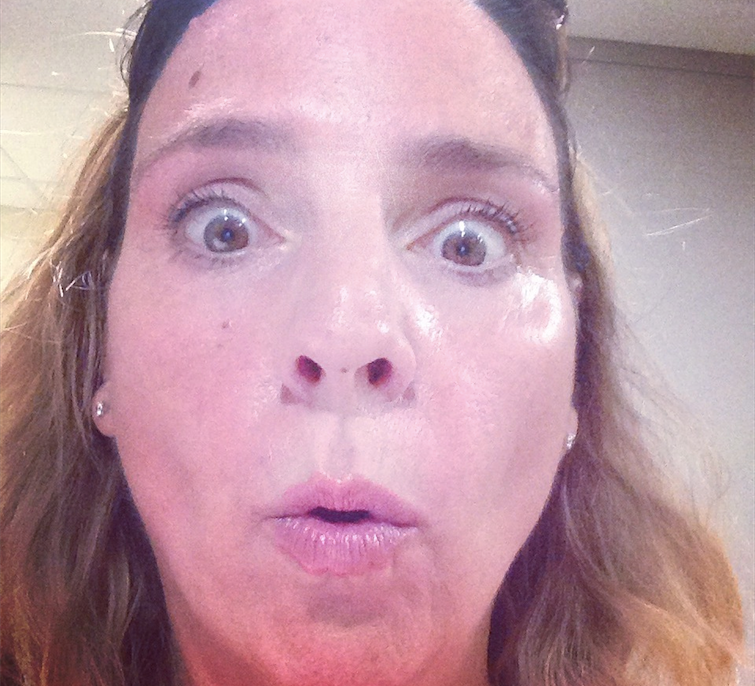 After the thirty minutes was up, Hayley congratulated us all for working so hard and called out our progress statistics – the monitor showed us how hard we’d worked individually in which particular section of the workout as well as how many calories we’d burnt. I had squatted, lunged and military pressed my way to burning up a whopping 500 calories in 30 minutes with the proof in black and white. I’d heard Speedflex could become addictive – and now I understood why!

This is the ideal exercise for people who have a lot of weight to lose but don’t know where to start, those who have been injured and are trying to get back to health as well as those who just want to work as hard as they can without the risk incurring or aggravating injuries. The fact that the class was only 30 minutes was a bonus as I felt it eliminated the excuse not to give it a go due to time restraints.

Let me know if you give it a try it!

I'm Lisa Barrett, 54-year-old former beauty editor of Cosmo and Woman's Own currently working as a freelance public relations consultant, copywriter and content creator for beauty and wellbeing brands. I'm navigating midlife with a smile on my face and hope in my heart because I truly believe it's never too late to follow your dreams! I like to share positive midlife inspiration - I'm all about keeping it real and look for fast, fab beauty and health fixes which make us 50+ women feel confident in the skin that we are in. It's our time to shine ✨

END_OF_DOCUMENT_TOKEN_TO_BE_REPLACED

Hi all! There are so many wonderful midlife women and medical professionals here on Instagram sharing their advice, offering support and making us feel part of a club – hot sweats and mood swings might be part of the membership – but isn’t it great to know we are not alone?
Happy Easter weekend everyone - hope you’re enjoying the beautiful weather! 😎
Morning! Today I’m posing a question: WHO ARE YOU NOW? Gosh. That’s a humdinger isn’t it? No longer a child, a young adult or even ‘just an adult’ – for me, I’m more of a midlifer on the cusp (at nearly 55) of tipping over to the ‘geriatric patient’ title that the medical professional so thoughtfully give to 60-year-olds, - despite the fact that most 60-year-olds I know have more verve in their little fingers than some young ‘uns.
This is the happy, sweaty face of a woman (me!) who had a lot on her plate this morning - and I’m not talking about breakfast.
Oh what a week it’s been! I’ve been doing my favourite thing and have been busy with words - working on content for a new client @illumin8beauty - I’ll be telling you more about this fab salon and their gorgeous treatments because I know a lot of my lovely midlife followers enjoy a bit of beauty news 💅🏽 💆‍♀️
When I sit down to work on my novel (Say what? Yep, you read it right – pop to my last post if you need an update) it feels like such a humongous task that I need to keep reminding myself of the quote -